The Picasso museum is the most well known art gallery in Barcelona, which attracts more than 1,000,000 visitors in a year. This is the home ground of the Spanish artist Pablo Ruiz Picasso’s art works. This museum contains largest collections of Picasso’s works. The Picasso museum of Barcelona is crucial to understand and study the genius youthful artist that made over 3,500 great works, making it the world renowned. The museum gives the detail story of the Picasso’s attachment with Barcelona. 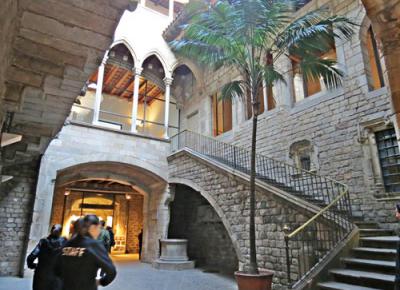 Picasso museum is situated both in Malaga and Barcelona and each city has inspiring museums of the great artist and claims him to be of their own. Each city gives some light on the history of Pablo Picasso. Pablo was born in Malaga city and migrated to Barcelona in 1895. The Barcelona Museum of Picasso has the collected art works of the artist’s lifelong friend Jaume Sabartes. Picasso museum of Barcelona finally became public in 1966 after squabbling with the fascist regime of Franco. The museum includes very rare and highlighted works of Picasso’s drawings of his childhood amid the age of 10 and 14.

The much intimated museum of Picasso in Spain is Museo Picasso of Malaga in Andalucian city, the birth place of Pablo Picasso. This museum has the collections that were presented by Picasso to his family and friends, also some that he kept for self, including Olga kokhlova con Mantilla, which is the picture of his first wife. Many of the art pieces were donations to the museum by Pablo Picasso’s grandson and daughter-in-law. Importantly the interesting part is also the museum building itself is the former Palace where the artifacts of Moorish and Romans were unearthed.
Pablo Ruiz Picasso is also the co-founder of cubism, and his works are divided into certain periods; like the Blue Period, the African influenced period, Rosa period, Synthetic cubism and Analytic cubism. Barcelona Museum is devoted to the early works of Picasso. This museum also gives the details of the Picasso’s return to classicism from Cubism, and his journey to Rome with his first wife.

The Barcelona Picasso museum has 920 works that were donated by Picasso himself, and all these works were safeguarded by his parents, children of his sisters and his sisters themselves. The museum is located in the historic Carrer de Montacada; buildings are rich with the long hundreds of years of history. Permanent collections of Picasso museum are housed in The Aquilar, Meca and Baro de Castellet palaces.