Montjuic is a hill in Barcelona. In Medieval Catalan language it has been called “the Hill of The Jews” and in Latin “Mons Jovicus” meaning hill of Jupiter. The hill is close to the center of Barcelona, and features a number of attractions like Montjuic castle, Spanish village and so on. The hill is flat topped, broad and shallow and gives fantastic views of Barcelona. This 213 meter high hill was used as a ceremonial place by the Romans. The large number of features that hill has are the attractions originated for the two major international events- International Exhibition in 1929 and Summer Olympics of 1992. 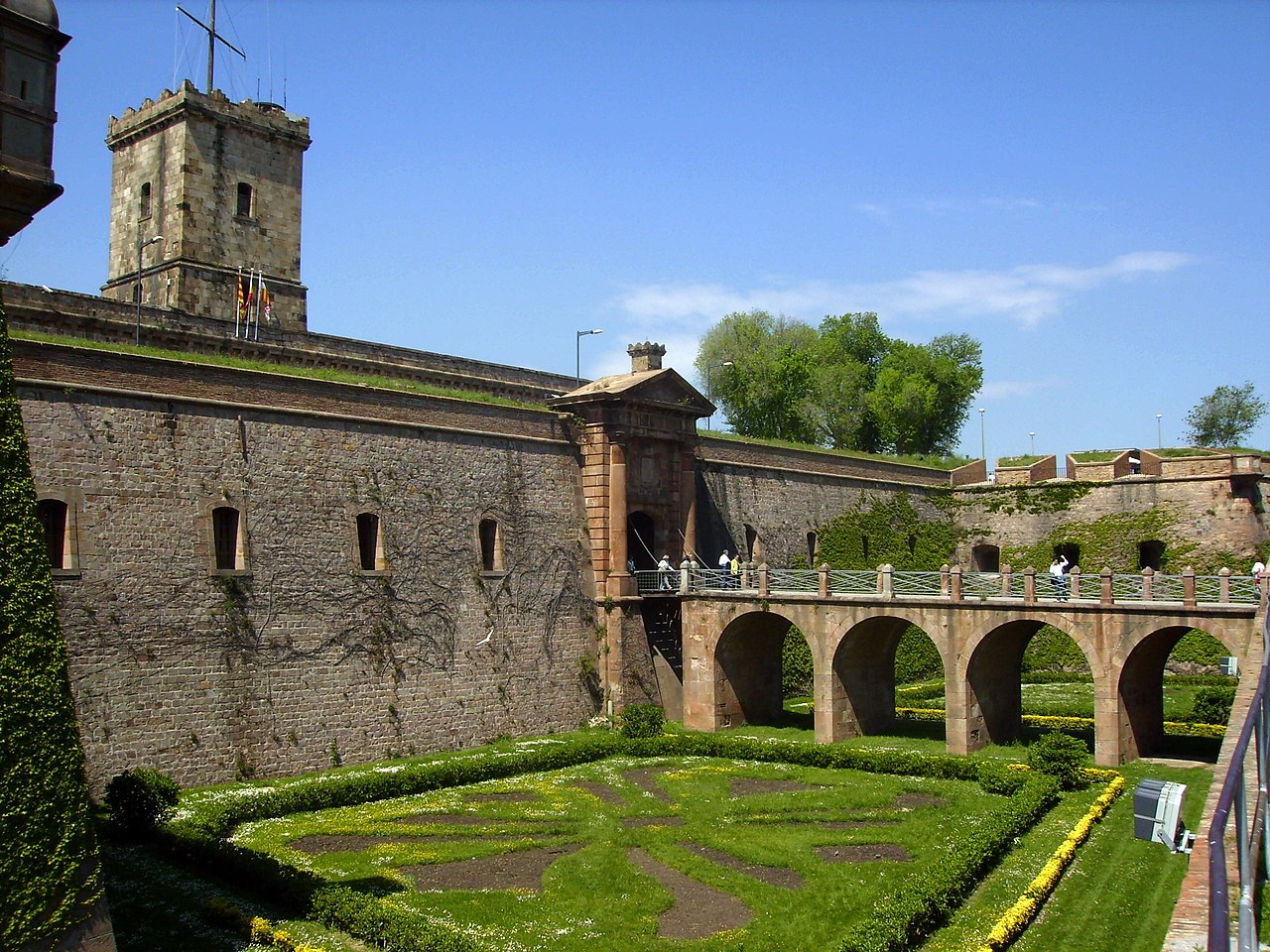 The shallow hill overlooks the harbor that lies to the city’s southeast. The hill has served the city from the medieval times and the name can be found in many locations of the Catalan countries. The fortifications which can be mentioned as the latest date back to 17th century with some of the additions in the 18th century. Montjuic Castle was also used as a jail, mostly for political prisoners, until the General Franco’s rule. This hill has lots to give to the history of the country. The castle was for example also used as a place for executions. An example of a historic execution that took place here was the execution in 1987 of the anarchist supporters, leading to the suppression of the struggle of workers for their rights. Many executions of the nationals and Republicans during the Spanish civil war were done when the hill was in the hands of their opponents.

The hill is naturally wooded and the Montjuic slopes were used traditionally for growing crops, grazing animals by the neighboring people, helping them in their farm activities. In 1929 for the International Exposition the forests were cleared and many currently surviving buildings were built like Grand Palau Nacional, the Ornate Font Magica Fountains, and The Estadi Olimpic. Grand staircases were built from the foot of the Montjuic hill to the top south end.

The hill was used for the Spanish Grand Prix and the roads facing the city on the slopes of the hill were the circuit for Formula One Racing four times. But after an accident in the 1975 Grand Prix, the race was never conducted til date on Montjuic circuit. The hill was also the venue for many games of the 1992 Summer Olympics, the stadium has the capacity of 65,000.

Montjuic also has something to give for the art lovers, housing the Museu Nacional d’Art de Catalunya showcasing the Catalan sculptures and paintings extensively. There is funicular railway service for reaching the top of the hill operated by the Barcelona Metro and also an aerial cableway. The hill slopes are covered with beautiful parks and gardens. The hill is also used as a place for amateur cycling. With all this attractions tourists just flow to the hill once they are in Barcelona.