Biblioteca de Catalunya is the national library of Catalonia in Barcelona. It has three million collections of books and covers an area of 8,820 square meters. The library was founded as the Institut d’Estudis Catalans in 1907. The library was opened for the public in 1914, housed in the Palau de la Generalitat de Catalunya. The library was later moved to Hospital de la Santa Creu de Barcelona,which is an old building of 15th century, by the government. The library got a new name during the Spanish Civil war and was called as the Central Library, and was moved again to the safe place, where it is presently housed.

The library was approved by the Parliament of Catalonia as the National Library of Catalonia in 1981. The effort was taken by Llei de Biblioteques (libraries law). After declaring it the national library, duties were conferred, such as: conservation of the library, reception, and distributing of the Catalan legal deposit. The library was expanded by constructing a new service building in 1988, renovating the Gothic ingredient of the buildings. Now the Biblioteca de Catalunya, along with four other Catalan libraries, have started digitizing their books that come in the public domain. All the digitized books are available on the Internet. 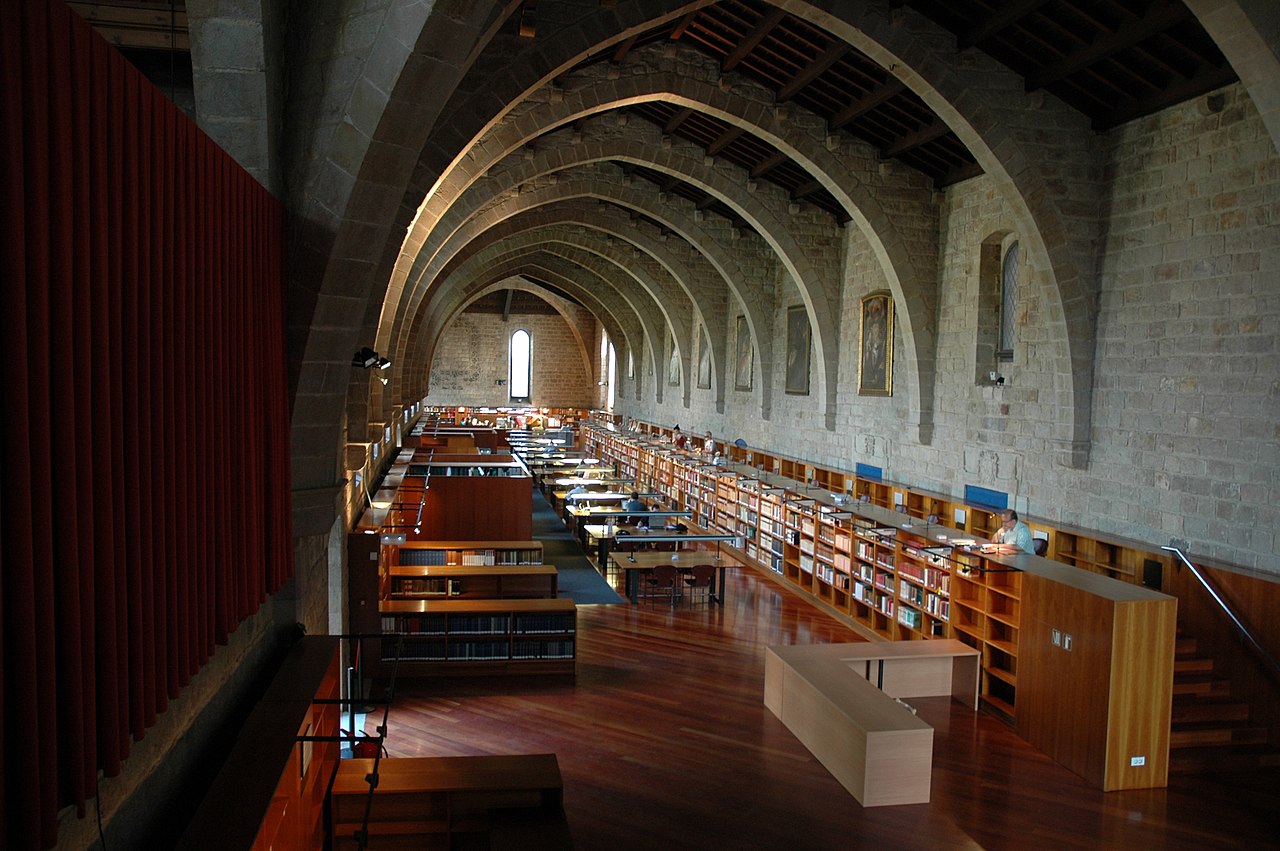 The Biblioteca de Catalunya’s mission is to preserve, collect, and spreading bibliographic production of Catalonia. The mission has included the spreading of the heritage of bibliography, while maintaining the position of a worldwide seat for the consultation and research. The translation of the books on the National Library of Catalonia makes it clear that their aim is to be the largest library of Catalonia.

By doing digitization of the library’s books, a lot of people around the globe will have easy access to the Catalonian history, and can trace the culture evolution through centuries in the texts that are centuries old. Observing the statistics, National library of Barcelona have been modernizing their service with constantly adopting to the growing needs and the changing environment.

A visit to the National Library of the Catalonia is surely a need for the ones who really want to know the true history of the city, heritage, culture and the people there.