Barrio Gotic is in the central part of Barcelona, and this is the area from where the city established. All the main buildings of Barcelona like, Palau de la Generalitat, Palau Reial, Town hall, and the Cathedral are located here. The origin of Barcelona was in Roman times and the city went under lot of transformation during Middle Ages, but you can still find traces of city’s origin in the Barrio Gotic. 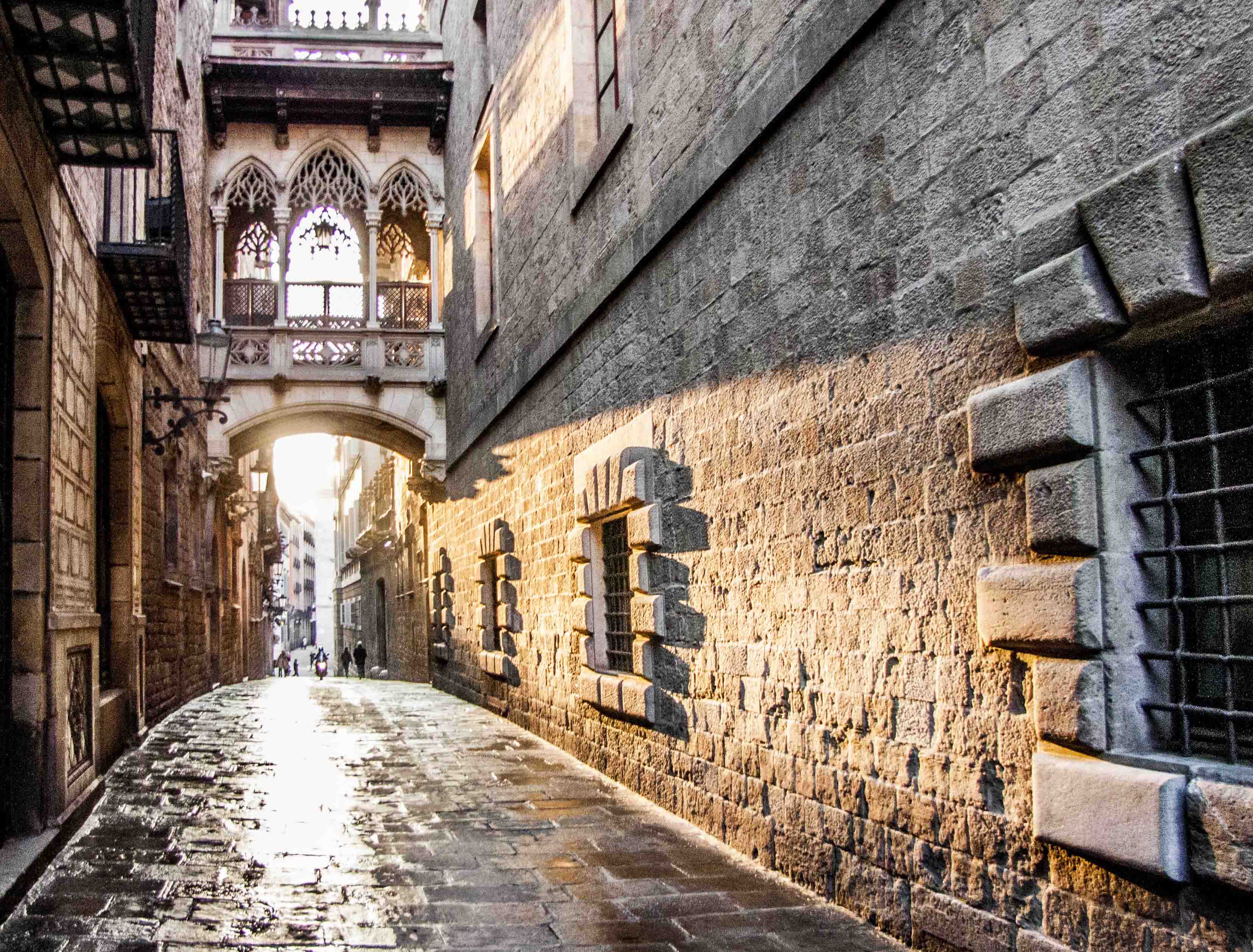 Barri Gotic is a network that connects the squares with the dark streets. Streets are filled with cafes, lounges, and restaurants. Most of the old buildings that exist in Barrio Gotic, dates back to the 14th and 15th century. This was the time when Barcelona grew commercially and turned to prosperity. Still some of the parts of ancient walls are incorporated into the structures which can be seen in the famous Cathedral.

Placa de Sant Jaume is the very spacious square around the quarter that is centered. The square is a place for the busy market and attracts many to see the dancing of Sardana. Palau de la Generalitat and Ajuntament are the very famous and significant buildings of the city situated in the Barrio Gotic.

Barrio Gotic has squared remains of the Roman wall, which can be seen extending to and around the Sots-Tinent Navarro and Tapineria in the north. The quarter is not open to the general traffic, and only taxis and service vehicles are allowed driving there.

The buildings in the Barrio Gothic can be recognized of their era by corresponding to their painting. For example the Cathedral is colored blue as a code representing the Gothic times and green color that represents the 19th and the 20th centuries. Though the buildings are constantly in alteration, it contains the roots and the elements of the particular era they date back to. Visiting Barrio Gothic lets you to get the full glimpse of the emergence of the city, and the culture presented in the heart of Barcelona. Barcelona has a number of squares, but the Barrico Gotic is the most outstanding and beautiful of them all. The area around gives the modernity of the city with the classical touch.